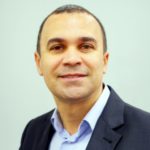 He is a former Environment and Society Postdoctoral Fellow at the University of Campinas, Brazil (2013); a Visiting Research Fellow in the Department of International Development at the London School of Economics (2013-2014 and 2016- 2017) and a Visiting Research Student in the Development Studies Institute at the LSE (1998- 1999). He is also a former Associate Researcher in the Environmental Studies and Research Centre at the University of Campinas, Brazil, and has been working as a Lecturer in Universities in Brazil. He has also been a consultant for the World Bank, the Brazilian Government, FAO-UN and CONTAG (National Confederation of Rural Workers).

This project examines the interinstitutional dialogue within the Brazilian federal structures and local organized civil society around new approaches and interventions aimed at promoting sustainable rural development, in the context of international discussions concerning climate change, the strengthening of family agriculture, and sustainable livelihoods. It seeks to understand the potentials and obstacles related to multilevel governance regarding public policies, especially local self-management of the commons, focusing on the transition towards equitable and sustainable agroecological systems and the effect on food security and sustainable rural development.

The case study chosen is the Sustainable Rural Territories Development Program (PRONAT) and the Vale do Ribeira Territory, an area characterized by environmental and social vulnerability, restrictive environmental laws, and several previous attempts to promote sustainable development. In exploring how civil society and governance institutions at several levels interact to affect rural development, agroecological sustainability, and food security, this research will be attentive to the role of political ideologies and partisan disputes at various levels, and their outcomes in terms of policy and action. Furthermore, it will also examine how programs formulated for this purpose rarely break the state/ market dichotomy in the administration of the commons, preventing the creation of institutions capable of changing traditional sectoral views centered on large-scale production and the consequent strengthening of long-established country's land concentration model. In addition to the neo-institutionalist polity centered, commons and multilevel governance literature, document analysis, interviews, focus groups, and direct observation techniques are also used.